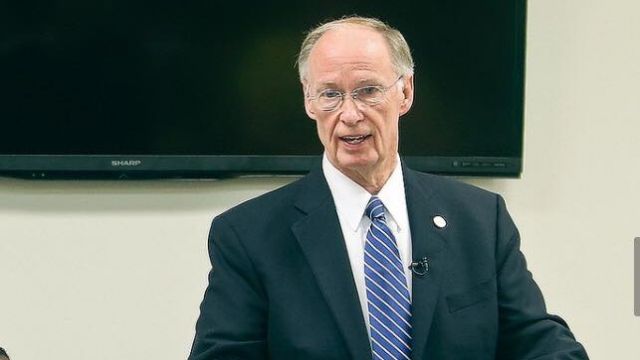 Gov. Robert Bentley won a delay in his impeachment trial. He's accused of using state funds to cover up an alleged affair.

The legal fallout involving one of the most bizarre and salacious scandals in American politics is being put on hold.

Alabama Gov. Robert Bentley got a court to delay his impeachment trial. He's accused of neglecting his job as governor and using state resources to cover up an alleged affair.

Alabama's state legislature released an investigation summary that accuses Bentley of ordering law enforcement to cover up the alleged affair with his adviser, Rebekah Mason.

It claims Bentley had police end his relationship with Mason on his behalf. It also claims he had them track down recordings of phone calls where he made sexually charged remarks to her.

His wife, Dianne Bentley, later filed for divorce after she says she got a text message from him that said, "I love you Rebekah."

Two former New Jersey officials will serve time in prison for orchestrating lane closures that led to a dayslong traffic jam in 2013.

The recordings were eventually released in 2016. Despite the growing scandal, Bentley still won't step down.

"I do not plan to resign," Bentley said in a press conference. "I have done nothing illegal."

But the Alabama Ethics Commission decided there was probable cause to open four felony cases against Bentley. Each carries a sentence between two and 20 years in prison. The state attorney general is also investigating him.

A circuit judge ruled that Bentley should get more time to review and respond to the allegations. The two articles of impeachment were introduced nearly a year ago.