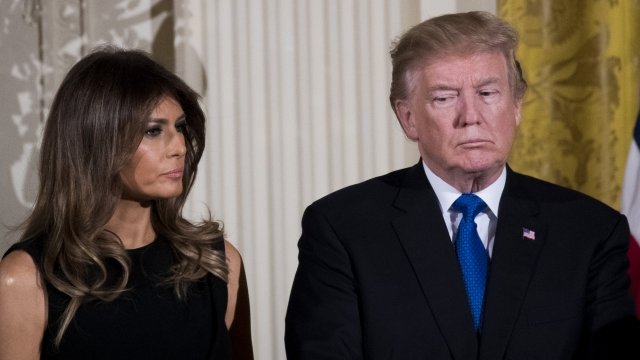 The U.S. ambassador to the United Nations said, "Women who accuse anyone should be heard."

The U.S. ambassador to the United Nations says the public should hear out all sexual misconduct accusers, even if their accusations are against President Donald Trump.

"Women who accuse anyone should be heard," Nikki Haley said on CBS' "Face the Nation."

But Ambassador Nikki Haley's position is a departure from that of the White House.

At least four people have died in the unrest that followed President Trump's decision to recognize Jerusalem as Israel's capital.

"Last week, during a press conference in the Rose Garden, the president called these accusations 'fake news,'" CBS News' Jacqueline Alemany asked White House press secretary Sarah Huckabee Sanders. "Is the official White House position that all of these women are lying?"

"Yeah, we've been clear on that from the beginning, and the president's spoken on it," Sanders said.

At least 16 women have accused Trump of inappropriate behavior. One, former "Apprentice" contestant Summer Zervos, has filed suit. Trump was subpoenaed for that lawsuit earlier this year.