Americans Cut Back On Spending This Holiday Season 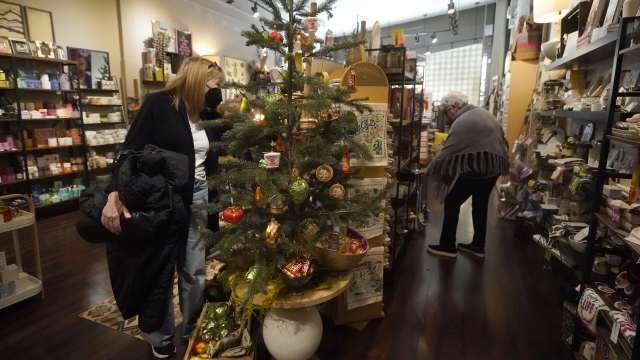 High inflation isn’t stopping people from shopping. But families are being mindful, and for some, that might mean buying less this year.

Spending typically spikes around the holidays, but with inflation, economists say spending will look different this season.

"Consumer spending is going to be down a little bit this year. Probably better than 2020 and 2021 just because the economy in general is doing better than the previous two years yet but we're not yet back all the way to pre-pandemic levels," said Michael Snipes, an economics instructor at University of South Florida.

Inflation is still high, and the Federal Reserve raised interest rates this week in hopes of combating inflation. But that raise means people will have to pay more interest on credit cards.

A National Retail Federation survey says that 38% of shoppers this year will use those credit cards, while 43% say they will use debit cards to make their holiday purchases.

Spend Less On Christmas Gifts That Have Avoided Inflation

Certain tools, foods and gifts have avoided the worst of inflation-driven price changes.

And with so many people to shop for, it's easy to get into debt during the holidays.

A survey by Jackson Hewitt found more than half of Americans are worried about affording their holiday shopping this season.

As tax season approaches, taxpayers might be in for a shock.

"2022 is a year of the great reset. And so, unlike last year, which is the year of great tax refunds and bigger credits and a lot more tax monies, because the government changed a lot of the laws to help people out. A lot of that expired last year," said Mark Steber, chief tax officer at Jackson Hewitt.

NEWSY'S STEPHANIE SANDOVAL: What do they do with their tax refunds?

High inflation has forced some to tap into their savings.

But experts say to be careful with these options, especially younger users who are strapped for cash.

Experts say using cash only when shopping will help you stay within your budget.