Americans Have A Concerning Amount Of Stress, Report Finds 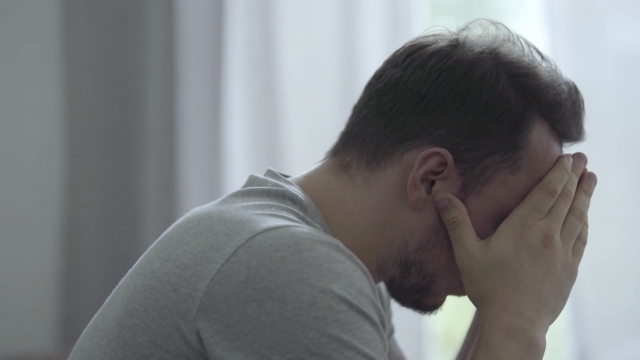 An American Psychological Association report found more than a quarter of U.S. adults are so stressed they can't function.

Single mom Katie Rister is stressed about her housing after a medical leave of absence left her struggling to pay rent.

"It's just really hard," Rister said. "I'm in a bind, and I don't know where to turn. I work almost 90 hours a week between my two jobs just to support my kids. It's hard."

Rister isn't alone in her worries: America is stressed.

A new report from the American Psychological Association paints the picture of just how stress-strained U.S. adults are.

"It's very concerning to think about what the impact not only right now but going forward will be on individuals," said Dr. Lynn Bufka, psychologist at the American Psychological Association.

The APA report found inflation, violence and crime, the current political climate and the racial climate were the top significant sources of stress.

This year, 27% of adults said their stress was so bad they could not function.

"We don't know entirely what people are meaning by that," Dr. Bufka said. "Does that mean they couldn't get out of bed, or does that mean their level of functioning is not what it had previously been? When we're thinking somebody might have an anxiety condition or might have depression, part of what factors into that decision is how much are they able to function or not with the symptoms that they have."

Stress-Related Oral Health Issues On The Rise In The Pandemic

Dentists say they're treating more patients suffering from grinding and clenching of teeth.

Stress can have serious physical health impacts, including stroke.

Seventy-six percent of adults said they had experienced at least one stress-induced symptom in the last month, like headache or fatigue.

Dr. Bufka says coping with the stress is key and suggests a news break every now and then. Focusing on breath, exercising or doing yoga, limiting caffeine and alcohol, and getting quality sleep also help.

For some this year, reducing stress has meant letting out frustration at rage or smash rooms.

"We get a lot of front-line workers, we get a lot of people coming in to deal with seasonal depression, we have people that come in who partner with their therapist for sessions," said Dustin Gagne, a rage room business owner. "We don't claim to be therapists, but we work with therapists who incorporate this into treatment for their customers to help them out."

Dr. Bufka says therapy can have a role in helping, but that much more is needed, especially with midterm elections approaching. Another statistic from the report says 76% of adults said the future of the country is a significant source of stress in their lives.

Dr. Bufka says the pandemic and the illness of COVID itself has some psychological impacts, plus the impact of the million-plus people who have died. She says on average when a person dies, nine people are bereaved, leaving much grief.