Trump Tweets His Opposition To Chain Migration — But What Is It? 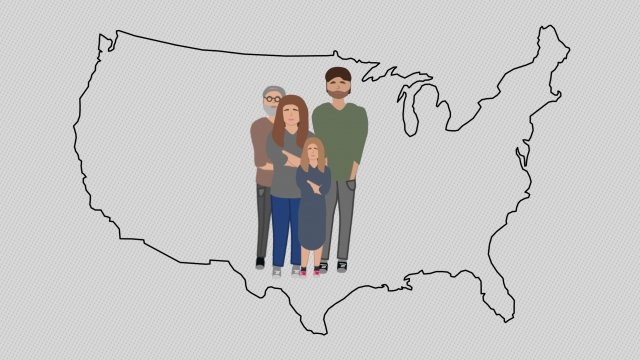 In a tweet, President Donald Trump might have implied that he doesn't want DACA recipients to sponsor family members for immigration.

Congress and President Donald Trump have yet to work out a plan to address the end of the Deferred Action for Childhood Arrivals program. But Trump insisted Friday morning that chain migration cannot be part of the deal.

Chain migration is a legal immigration process in the U.S. that lets immigrants sponsor other family members so they can also live in the U.S. It works like this: Person A immigrates to the U.S. legally. When that person becomes a permanent resident, he or she can sponsor a spouse and any unmarried children.

If person A becomes a U.S. citizen, he or she can sponsor additional family members, including married children, parents and siblings.

So what does this have to do with DACA?

DACA recipients are protected from deportation, but they don't currently have a path to permanent residency.

Trump Supports Bill That Would Create A Merit-Based Immigration System

The RAISE Act would make our immigration system point-based, prioritizing applicants based on their job skills, English-speaking skills and more.

The DREAM Act, which is sponsored mainly by Democrats, would give DACA recipients a path to permanent legal status in the U.S. If they become permanent residents, they could hypothetically start sponsoring family members.

Trump wants Congress to come up with a bill to protect DACA recipients. But his tweet could imply he doesn't want them to be able to sponsor family members. House Speaker Paul Ryan hasn't said if he'll bring the DREAM Act up for a vote, and there aren't many any other bills on the table to protect immigrants.