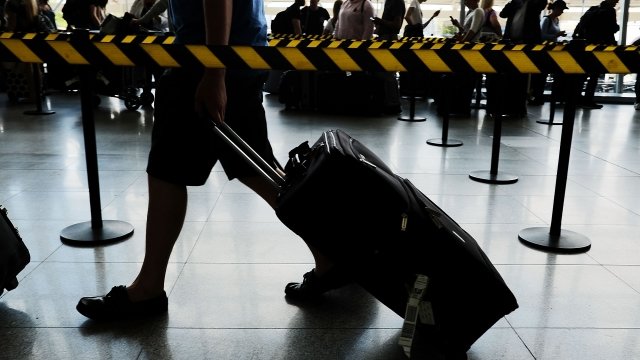 Two federal judges recently halted the latest iteration of restrictions, which broadly suspend travel for most nationals from eight countries.

U.S. District Judge Theodore Chuang ruled those restrictions could cause irreparable harm to the travelers they bar. He also noted an injunction "serves a significant public interest" and that the administration didn't prove how national security can't be maintained without the restrictions.

The Maryland judge also said the government didn't prove national security is now the primary purpose of the restrictions. He cited Trump's prior rhetoric about banning Muslims.

Shortly before this latest ruling, a federal judge in Hawaii temporarily froze the restrictions on similar grounds, arguing the rules are discriminatory, among other things.

The Supreme Court dismissed an appeal against the Trump administration's so-called travel ban because a different travel order has taken its place.

Chuang's preliminary injunction doesn't apply to travelers without a "credible claim of a bona fide relationship" to someone in the U.S. or to nationals from Venezuela and North Korea.

A Justice Department spokesperson said both rulings could have serious consequences for national security.