Another North Korean Soldier Defected Across The DMZ 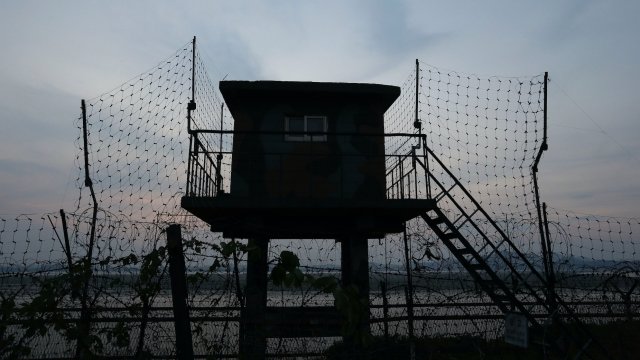 So far this year, four North Korean soldiers have defected to South Korea.

Roughly an hour and a half later, South Korean troops fired about 20 warning shots at North Korean soldiers who were presumably searching for the defector.

According to state media, a spokesperson for Pyongyang's Ministry of Foreign Affairs said the country had nothing to do with the cyberattack.

Back in November, another North Korean soldier was shot at least five times while dramatically crossing the DMZ into the South.

A spokesman for South Korea's joint chiefs of staff said the most recent defector is in custody. He is the fourth North Korean soldier to defect this year. That's an increase from 2016, when only one soldier defected to South Korea.