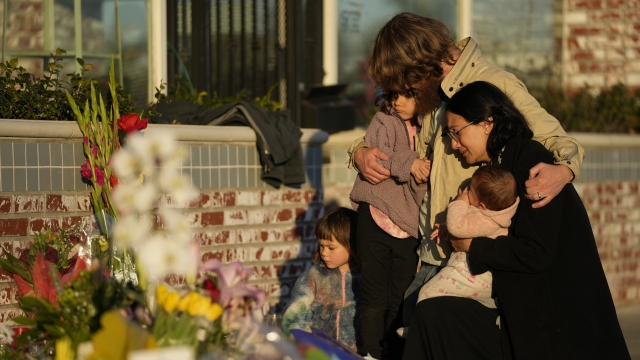 There have been three mass shootings in California this week. The latest two in Monterey Park and Half Moon Bay hit close to home for the Asian American community.

"To be honest, I am scared to be here," Asian Pacific American Dispute Resolution Center Executive Director Christina Kataoka said. "There's a huge part of me that wants to run in the other direction."

At a vigil Monday, the community at Monterey Park hosted healing gatherings after the violence that killed 11 people and injured 9 others.

That same night, they discovered that there was another incident in Northern California, about 6 hours away in Half Moon Bay.

Rapid, back-to-back mass shootings like these can bolster fear and anxiety.

Scripps News spoke with psychologist Michi Fu, who works in Monterey Park. Some of her clients frequent the Star Ballroom Dance Studio, where the shooting took place. Others attended the Lunar New Year festival, just hours before the shooting Saturday.

"It's easy for our community members not to go seek help, that this is absolutely one of the times where, if you are not able to seek formal pathways of health to even seek informal," Fu said. "So, either going to your places of worship or being able to connect with people socially, it's important not to self-isolate."

When it comes to mental health, particularly with the Asian American community, Fu says stigma can prevent people from seeking help.

"That's actually a detriment, because it prevents you from getting help sooner rather than later," she continued. "And we know with mental health conditions, it's easier to resolve something when you get help during the earlier signs of symptoms."

"[The] signs of mental health that we need to watch out for, are things like disturbance of sleep, disturbance of eating patterns and any shifts in mood that we might have," Fu said. "There are other tell-tale signs, like blood pressure, that can indicate whether or not we're experiencing stress."

Fu says its easier than you think to start a conversation about mental health.

"If you see a friend struggling, the best thing to do is just to approach them," she said. "I know in my community, the most friendliest way is to first ask, 'Have you eaten yet?'"

Kataoka is trying to support her community by attending events, like Monday's vigil. She recommends writing down a list of four people who can be there for you when times get rough.

"Create your community when you are feeling strong so that when something does happen, you're ready and you know that there's someone there for you."

Coming together as a community as a way to heal is one way to start the conversation.