17 Dead After Boat Capsizes On Missouri Lake During Storm 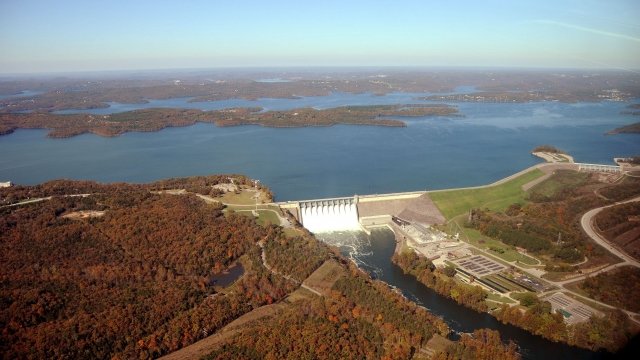 A storm reportedly came out of nowhere and caused the Ride the Ducks boat to sink.

Seventeen people are dead after a duck boat capsized Thursday near Branson, Missouri.

The president of Ripley Entertainment, which owns Ride the Ducks Branson, said waters were calm when the boat entered Table Rock Lake but a storm "came out of nowhere" and sank the boat.

The boat reportedly had 31 people aboard when it capsized. Law enforcement officials say 14 people survived. Divers recovered what are presumed to be the last four victims Friday.

At a press conference, the Stone County sheriff said the captain of the boat survived but the driver did not. He did not give any other details on those killed in the accident.