At Least 3 Dead As Ex-Hurricane Ophelia Slams Into Ireland 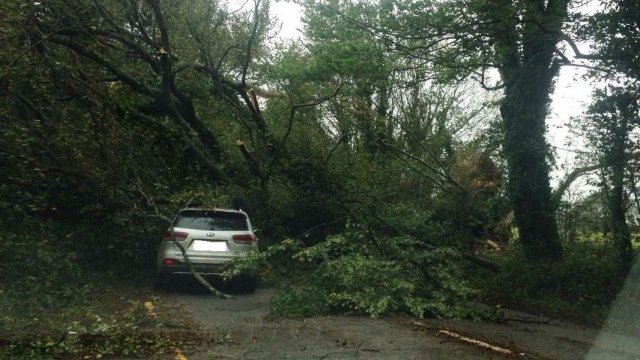 At least three people are dead after the remnants of Hurricane Ophelia slammed into Ireland's west coast Monday.

Ireland's national police told reporters two people died when trees fell on top of their vehicles. Another person was fatally injured with a chainsaw while trying to remove a tree that fell during the storm.

Hurricanes In Ireland Could Be The New Normal

Global warming might make hurricanes in Europe more common in the future.

Met Éireann, Ireland's national weather service, issued a red alert for the entire country through Monday night, warning that there is a "danger to life and property."

Officials say Ophelia could be one of the strongest storms to hit Ireland since Hurricane Debbie in 1961 — the only storm to ever make landfall in Ireland at hurricane strength. Ophelia is also expected to affect parts of the U.K. on Monday.