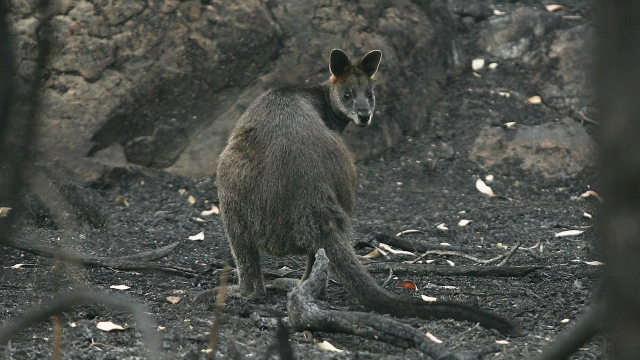 The Australian government has dropped thousands of pounds of food to wildlife populations stranded by the devastating wildfires.

The New South Wales government is using planes and helicopters to airdrop thousands of pounds of food to starving animals in Australia's wildfire crisis.

More than 4,000 pounds of mostly sweet potatoes and carrots have already been dropped over the past week in what is known as Operation Rock Wallaby.

Matt Kean, the minister of energy and environment for New South Wales, initiated the mission after fires charred much of the food sources that rock wallabies rely on.

Kean said "the wallabies typically survive the fire itself, but are then left stranded with limited natural food as the fire takes out the vegetation" around their habitat.

The brush-tailed rock wallaby was endangered in Australia long before the wildfires even began, and the fires have only complicated things for the struggling species.

Fires have been burning across the country for months, claiming the lives of more than two dozen people and destroying thousands of homes since late July.

An estimated 39,000 square miles have burned — larger than the entire state of Indiana.  Some ecologists estimate more than a billion animals could be dead from the fires.

Fire season is expected to threaten Australia for another few months, and many are skeptical the wildlife will ever recover.