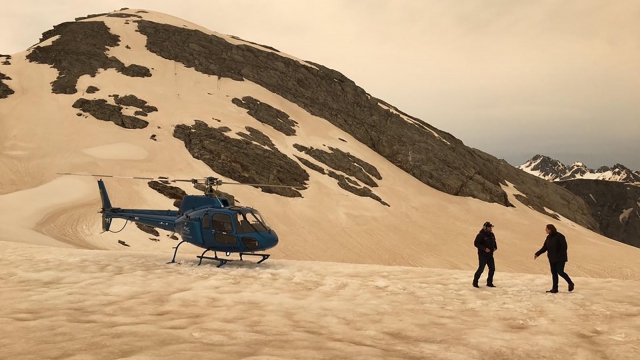 One expert said it could increase glacial melt by 30%.

Smoke and ash from Australian bushfires have turned glaciers in New Zealand brown, sparking concerns that they may melt faster.

New Zealand has more than 3,000 glaciers. The country's former prime minister tweeted that the ash is likely to accelerate melting, and one expert said it could increase glacial melt by 30%.

Australia's more than 1,000 miles away, but on Wednesday much of New Zealand's South Island was in an orange haze from wildfire ash. By Thursday, the glaciers had gone from white to a caramel color.

Bushfires in Australia have burned over 13 million acres so far, killing at least 20 people. As of Friday morning, over 150 fires were burning. Those flames are being fueled by a severe drought, strong winds and high temperatures.

A state of emergency is in effect in both New South Wales and Victoria. Both declarations give the state governments power to forcibly evacuate residents and close roads.