Europe's Youngest Leader May Turn To The Far-Right For Help 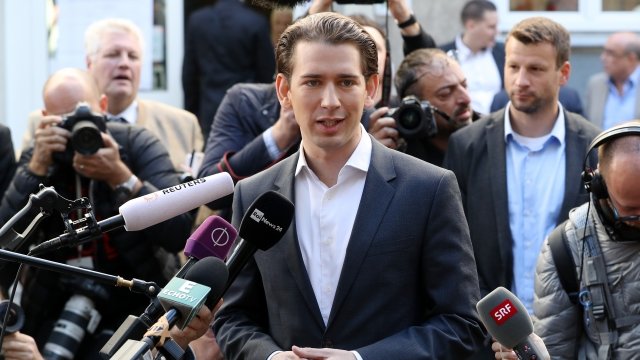 It looks like Europe's youngest leader is going to need some help, and some are worried about who he'll turn to.

Yet, Kurz will need to join forces with another party to create a parliamentary majority. And many expect him to turn to the far-right Freedom Party.

One of the reasons this partnership is expected is because Kurz's campaign moved his own party further to the right.

Immigration and refugees were two of the biggest issues of the election, and Kurz pushed for more limits on both.

Some have compared the AfD to the Nazi party, and its members' rhetoric hasn't done much to quell the accusations.

Though the Freedom Party accused Kurz of stealing its stances, voters' rightward shift also points to the two conservative parties teaming up.

The Freedom Party and the Social Democrats were in a tight race for second and third in the election.

The Freedom and People's parties teamed up once before in 2000. The European Union imposed sanctions against Austria to show its disapproval. But multiple outlets note sanctions are unlikely this time around.