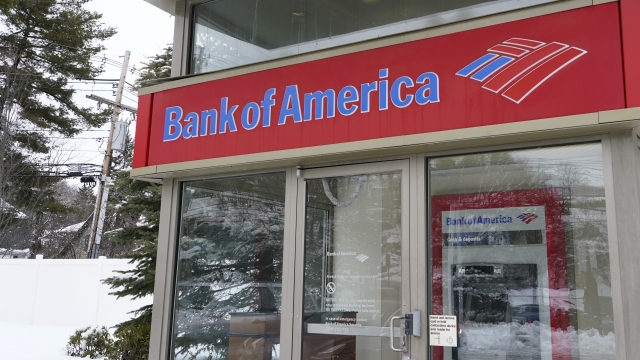 Some Bank of America customers woke up to lost money, accounts in the negative and overdraft fees, due to issues with Zelle transfers.

Bank of America admitted to Scripps News an issue in its systems caused many customers to have money missing from their accounts Wednesday morning. Transactions made through Zelle, a money transfer platform, were the only ones with this issue.

The bank informed customers that Zelle transfers made between Saturday and Tuesday may be delayed while it resolves the issue, telling Scripps News customers were already getting their money back on Wednesday.

Zelle said transactions on its network outside of Bank of America were not impacted.

"I really think that this comes down to a simple glitch," said James Baca, consumer advocate and a former manager for  Bank of America. "Essentially there was just this glut of transfers and transactions that happened that simply didn't go through."

Knowing a few key things about how scammers operate will help you protect yourself.

Baca suspects the issue occurred because of the holiday weekend, as transactions backed up and the bank couldn't process them.

The bank wouldn't elaborate on the cause of the issue.

"A statement that they would put in their press releases would be great," Baca said. "Just saying, 'Hey, this is exactly what happened.' And I think a lot of customer satisfaction would actually come from that."

Scripps News spoke to several customers who had money disappear. One said, "I woke up this morning to a notification that my account had been overdrawn and thought that it was a mistake. But when I actually checked my account, all of my money was gone, and my account was in the negative."

Sen. Elizabeth Warren, who often comments on financial oversight, tweeted Wednesday that customers should be "compensated."

.@BankofAmerica and @Zelle are apparently failing customers again, with money somehow disappearing from accounts. This should be fixed immediately and customers should be compensated. I’ve called out serious fraud issues on Zelle and this is their latest failure.

David Sacco, a finance and economics professor at the University of New Haven, points out one of the biggest issues here isn't necessarily recoverable money, but the damage it could cause to consumer confidence.

"You can have a big a big problem, and things can just disappear," Sacco said. "The records about what was in your Bank of America account yesterday exists somewhere, and as consumers, we sort of make this blind leap of faith. So it's not that much bigger a leap of faith to say, 'Look, you know, give these guys a day or two, and they will sort it out. They knew how much you had yesterday. They can trace transactions.' And that confidence is so key to our banking system."

That makes this incident a test of confidence, patience and crisis management for one of the biggest banks in the world.

"You lose a little trust, and then the best way to gain it back is to show people that you care about them and give them something for the distress and aggravation that they just went through," Sacco said.