Breitbart Might Have A Job Opportunity For Billy Bush 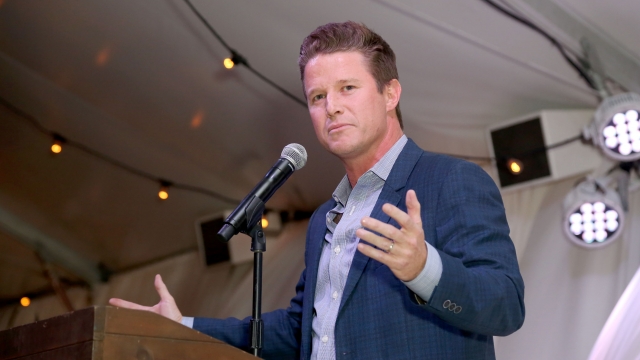 The conservative news site is reportedly trying to beef up its entertainment coverage.

Billy Bush might be getting a new job offer. The former TV host recently lost his job on NBC's "Today" show thanks to a crude conversation he had with Donald Trump years ago that was caught on video.

Page Six reports Breitbart, a conservative news website, is looking to recruit Bush in an effort to beef up its entertainment coverage.

"They want to expand covering Hollywood in a big way — and think Billy would be perfect for the job," an anonymous Breitbart insider told Page Six.

Breitbart would be a big change for Bush since it's not a big TV network.

The TV host became a household name during his 15 years on "Access Hollywood."

But that stint didn't last very long. He was let go in October after that aforementioned video leaked online.

In the 2005 video obtained by The Washington Post, Bush and Trump can be heard making crude comments about women. Hours after the video was published online, Bush issued an apology saying he was "embarrassed and ashamed."

According to The Hollywood Reporter, Bush's settlement with NBC did not include a non-compete agreement, meaning he could start another job at any time.

It's unclear if Bush is even interested in a job with Breitbart, though. Page Six reported Bush might be more inclined to work for ABC or CBS, which are rivals of his former network.