Negotiations For What A Post-Brexit World Looks Like Have Started 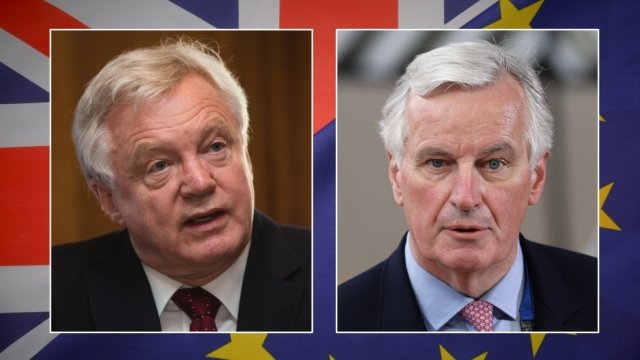 The talks will focus on citizens' rights and how much money Britain owes the European Union.

It's been over a year since the U.K. voted to leave the European Union. This week, the two sides will finally sit down and hash out what the separation will look like.

The U.K.'s Secretary of State for Exiting the European Union, aka "Brexit secretary," David Davis met with Europe's top negotiator Michel Barnier on Monday. It's the first of four days of talks between the two to go over what will actually happen once the country leaves the pack.

The talks won't address trade issues like the U.K. wanted, but instead will start by ironing out the technical details of the split.

That includes cleaning up existing financial commitments and legal entanglements Britain has to the bloc, making sure each side respects the other's citizens post-Brexit, and working out how to run the U.K.'s only land border with the EU in Northern Ireland.

Britain and the EU have until March 29, 2019 to figure everything out before the U.K. actually leaves the EU, though the two sides could agree to extend the talks past that deadline.

At Least 5 Acid Attacks Happened Within 90 Minutes In London

Authorities say the attacks involved a series of robberies, and they believe all five incidents are linked.

Davis and Barnier are scheduled to give a media briefing on Thursday.