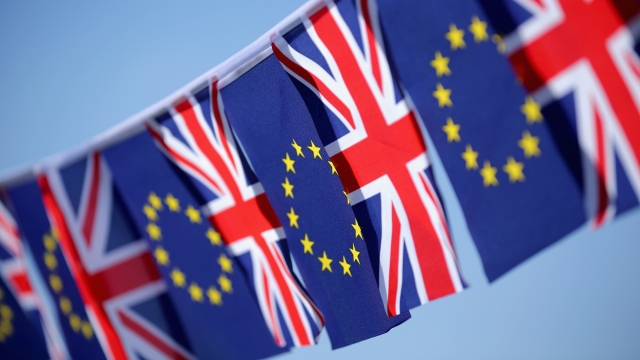 Before Thursday's vote, Parliament was widely expected to support a measure to ask the EU for an extension to the Brexit process.

After yet another round of voting in the U.K., British lawmakers decided the country's departure from the European Union should be pushed back.

Before Thursday's vote, British Parliament was widely expected to support a measure to ask the EU for an extension to the Brexit process.

Now that it approved the delay, the measure will still need to go through the European Parliament to become official. But there's no guarantee the EU will give the green light to an extension without a divorce deal in place, and it's unclear how long that extension could be.

Lawmakers have voted down Prime Minister Theresa May's transition plan twice now. And on Wednesday, they boxed her in even more by ruling out a no-deal Brexit.

The U.K. still can't agree on specific terms for its departure from the EU The problem is the border between Northern Ireland, which is part of the U.K., and the Republic of Ireland, which is in the EU The two sides are trying to negotiate a "backstop" so that border can stay open until a more permanent trade relationship is put into place.

The U.K. is currently scheduled to leave the EU on March 29.