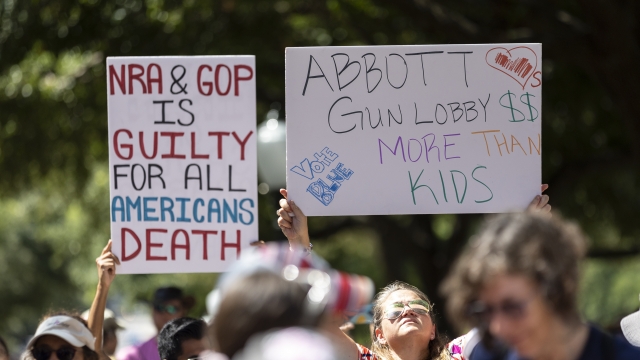 Expert say incidents are being seen in court as less a "meteor falling from sky" and more of something that companies should be prepared for.

Mass shootings are not rare events. In 2022, the Gun Violence Archive says it’s counted 620 of them so far. In 2014 it was 269. Since the website started keeping tabs, those numbers have only gone up — and so have inquiries and insurance premiums to cover them.

"In terms of physical damage and business interruption and the more comprehensive crisis management products that exist today, that really has only — I believe it's about [in the] last five years that that's really come into sort of existence in any form," said Kirby.

Speaking to an insurance trade publication in June after the mass shooting at the elementary school in Uvalde, Texas, another executive said his group has seen a 10%-15% increase in costs and a 30% increase in inquiries.

Previously gun violence at schools, office buildings or large events was written off as something you couldn’t plan for.

Survivors and families of victims of the July 4 shooting in Highland Park, Illinois, are the latest to take gun-makers to court.

Attorney Michael Steinlage says that view is shifting. He cited a $751 million payout by insurers brokered by a court settlement for victims of the 2017 Las Vegas concert mass shooting, saying it showed a category of risk that companies can no longer ignore.

"Traditionally or historically, I guess they would have been insulated from liability just by virtue of the elements of foreseeability of mass shootings," said Steinlage. "And so that imposes upon a business additional responsibility in terms of preventing, protecting the people — the invitees to their business — against mass shootings."

Church Mutual, which provides property and liability coverage for around 100,000 houses of worship, says it saw about a 10% rise in inquiries for active shooter insurance.

"And so we see in response to that and an increase in requests from policyholders for information on preventing these incidents to the extent possible. And that goes a lot into security planning, security assessment, having a team in place to thoughtfully consider how to make a house of worship, which is by nature an open, inviting place — still a safe and secure one," said Eric Spacek, the assistant vice president of risk control at Church Mutual.

Church Mutual says there’s bigger demand for devices it sells that provide a direct alert to local police that there’s an armed intruder.

"So a lot of those questions are about how can we kind of best take steps to prepare, to prepare ourselves for an incident to be secure without being locked down," said Spacek.

Mass shootings may add a heftier cost to a business's bottom line, setting up a clash over whether money or the second amendment is king in the U.S.