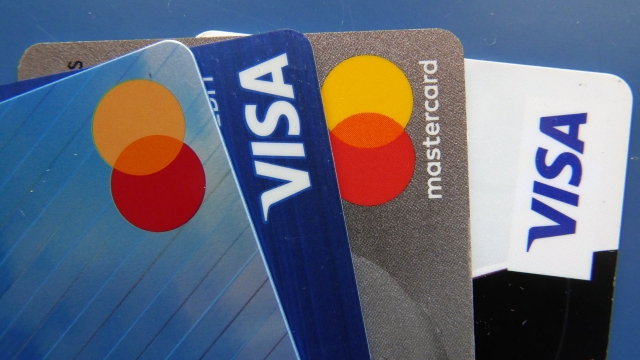 Companies that allow consumers to complete a purchase after the point of sale are often unregulated and can lead users into deeper debt.

There's a long history of paying for things in installments: There's the way old commercials advertise, there are rent-to-own products, or shoppers can put purchases on a payment layaway plan.

But recently, more options have popped up that give consumers the items right away and takes away the threat of repossession.

Companies like Afterpay, Klarna and Affirm have become a more frequent resource for people looking to buy things using a stretched-out payment plan. They have increasingly been showing up as payment options on websites of major retailers, including Target, Bed Bath & Beyond and Amazon.

It's a huge business. A report from the California Department of Financial Protection and Innovation found that 91% of consumer loans taken out in the state in 2020 were from buy now, pay later lenders.

But unlike leasing a car or taking out a new credit card, there isn't much regulation of this space because of how new it is. Buyers get both the instant gratification of getting their purchase right away, and it doesn't necessarily affect their credit score.

"A significant portion of people take out multiple buy now, pay later purchases," said Nadine Chabrier, litigation policy counsel at the Center for Responsible Lending. "There's no consideration of the ability to repay, and there's no specific date on which a person can count on their final pay later coming out of their account. So, people tend to take on multiple purchases and get overwhelmed."

Chabrier is concerned that the short-term nature of these loans has helped buy now, pay later providers avoid existing rules.

These types of services often have a younger, more diverse user base. A Morning Consult poll conducted earlier this year found that Gen Z, as well as Black and Hispanic Americans, were more likely to use a buy now, pay later service than the average American.

Elyse Hicks, from the consumer advocacy group Americans for Financial Reform, says that lines up with other trends in economic inequality.

"On a basic level, BIPOC communities have less, so they're more inclined to use products like Buy Now, Pay Later, Klarna, in order to get the things that they need or want because it puts those bite-sized pieces or bite-sized installments, something that they feel like they can handle, in front of them," Hicks said.

The same Morning Consult poll found that one in five borrowers using buy now, pay later missed a payment in January, the month they took the survey.

It can spiral into some big fees for consumers.

In August, after President Biden announced his intent to forgive $10,000 or more for Americans with student loan debt, one Twitter user's question about whether President Biden would forgive AfterPay debts too went viral.

For now, consumers like Grace Oppy, who is an Afterpay user currently in debt, and the millions of others who use these services are at the mercy of the companies. Affirm, for example, does pitch consumers on the fact that it has no late fees, but it does note that it would charge up to 36% APR depending on your credit, which is higher than even the highest APR on most credit cards.

But in the moment, the seemingly great deals can be really tempting.

"It started with a lot of strategy," Oppy said. "I was like, 'If I just do this, then I will be glam and perfect. I will definitely get my promotion.' And now... I have $90 earrings. So really, it's a slippery slope in my mind. My dopamine receptors are just, boom, firing away when I use it."

The advocates Newsy talked to said that dopamine hit Oppy feels — a rush of satisfaction — is exactly what makes it so tempting to use these services when shopping.

"It just feeds on millennials and Gen Z, of how we like to get things very instantly," Hicks said. "We all know we want something, that we can get it at a discounted price and get it to our doorsteps very quickly. It hits that dopamine, and we're onto something else. So, it kind of it puts you in a cycle, and kind of like a debt trap, as well."

Influencers on social media are pitching buy now, pay later as a life hack for those who want something and don't want to worry about the cost today.

"You have people who you admire, who look like they have great lives, who then have this clothing item or this product, and it's just aspirational," Chabrier said. "It's understandable for people to aspire to a particular lifestyle or feeling, and that's what I think this type of marketing plays on."

The Imbalanced Structure Of How Influencers Make Money

Influencers make money online in various ways, but different platforms have different payout methods, some more "fair" than others.

It's not lost on consumers either.

"They make it seem so frivolous... like a fun app," Oppy said. "They're partnering with influencers. It's really nefarious, and it's subtle. But, making these people that we all try to base our lives on advertise this pretty predatory lending practice that's so unregulated: sneaky. And they got me. They got me there."

But regulation and standards could be on the way soon. Many buy now, pay later loans aren't reported, meaning that while there's no guarantee your credit score takes a hit if you miss payments, you also might not be building credit that can help you get other loans or credit cards in the future.

Equifax, Experian and TransUnion — the three largest credit bureaus —announced plans this year to incorporate buy now, pay later loans into their files, but implementation of that is still to be determined.

Meanwhile, state and federal regulatory authorities are looking at how to account for buy now, pay later services.

A group of 21 state attorneys general wrote a letter calling for federal officials to set standards on this. The Consumer Financial Protection Bureau announced during last year's holiday season that they had started a review of the buy now, pay later industry, with an eye toward federal regulations protecting consumers from debt and ensuring companies tell consumers what fees they could incur.

Advocates are hoping rules will lift the burden from consumers and make the companies themselves have to give more information up front. But until then, they say to make sure to read the fine print.

"Please look at all of your products or your apps," Hicks said. "See how much you currently owe these buy now, pay later companies, and just be aware of your spending habits. It's so easy to get out of control with this, but just be aware until regulation comes."