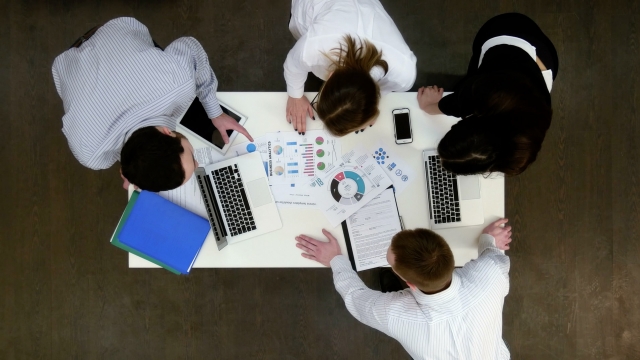 A study found since its implementation, the number of woman directors in California has risen more quickly than in the rest of the country.

We've seen a lot of men in boardrooms. In fact, a 2019 study by management consulting firm McKinsey found women make up only about 21% of executive and director roles. That's a problem with an opportunity for growth.

California Sen. Hannah-Beth Jackson: "We know that companies that have women on their boards are more productive and profitable."

To address this gender parity in leadership, California made SB-826 law in 2018 for publicly held companies to include at least one woman on their boards by the end of 2019 — or face a $100,000 fine. Now that the deadline has passed, what's the state of gender diversity in their companies' boardrooms?

Kathy Kahle, professor of finance at the University of Arizona: "Yes, we absolutely believe it's working. ... As of the time of our study, the number of women has increased by 23% since then."

Sexual Assault In Health Care Happens More Than You May Know

Dr. Lauren Powell, executive director of TIME’S UP Healthcare, says half of female med students will be sexually harassed or assaulted by graduation.

University of Arizona finance professor Kathy Kahle's research found that since the mandate, the number of female executives in California increased more rapidly than the national average, with companies rushing to add female directors before the deadline.

Kahle: "In October and November, I think five and six women were added, respectively. And in December, I believe we found that 19 firms added women to their board. So pretty significant relative to the previous months, even."

When the bill was signed into law, 188 companies had no female directors. By mid-January of this year, there were only 16, most of them new and small. Kahle says they may struggle to meet the quota because of smaller budgets.

If there are more women in boardrooms, will that positively impact women in the rest of the company?  Based on the results of a similar mandate in Norway effective since 2003: Not likely. A study by Economic Studies Review found that the only women who benefited with better representation and more equal pay were the ones in the boardrooms. Of course, it's still too early to tell how the law will play out in California. But it may not even last much longer, if conservative group Judicial Watch has its way. The organization is suing to overturn the mandate based on what it claims is an "unconstitutional" gender-based quota.

Iceland is the most gender equal country in the world for the 11th year in a row, according to a new report by World Economic Forum.

Michael Bekesha, senior attorney at Judicial Watch: "The California Constitution prohibits the government from creating quotas based on gender. And this law does exactly that. ... When the governor signed a law, the governor was concerned the law was unconstitutional. So our clients and Judicial Watch really want to just make sure that taxpayer money is not spent violating the law."

Former California Gov. Jerry Brown acknowledged "potential legal flaws" but signed the bill into law anyway, referring to a current climate of sexism. The next hearing in Judicial Watch's lawsuit is in March. In the meantime, public companies in California must continue to abide by the law, which increases the requirement for female executives by the end of 2021.