Can Ryan Lochte Bounce Back From His Rio Robbery Lie? 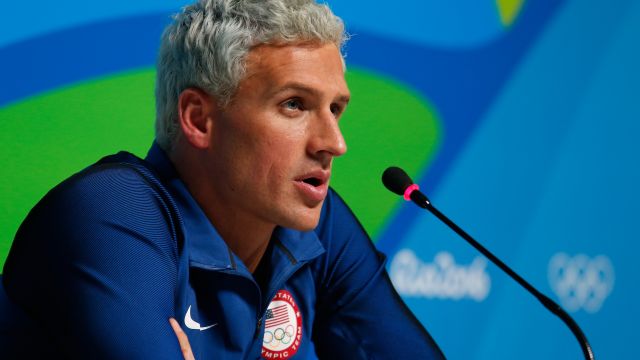 Ryan Lochte dug himself into quite a hole. But judging from recent history, it's possible he'll climb his way back out.

It’s safe to say Ryan Lochte is having a pretty bad week. If you weren't paying attention to the Rio Olympics, we can catch you up.

Lochte, a swimmer for Team USA, said he was robbed at gunpoint in Rio.

SEE MORE: Which State Brought Home The Most Olympic Medals From Rio?

Then, we found out Lochte lied — he actually vandalized a gas station, and the security guards demanded the swimmers pay them for the damages.

He then came back to the states, ditching his teammates in Rio to sort out the details.

He did make an apology: "I know what I did was wrong, and I know I learned my lesson, and all I can do now is better myself and making sure this kind of stuff never happens again."

But that apology wasn't enough.

After a dramatic, bizarre and honestly confusing week, Lochte is losing sponsorship and endorsement deals.

SEE MORE: The Rio Olympics Weren't The Disaster We Expected — For The Most Part

Lochte said he hopes to swim in the 2020 Tokyo Olympics and put his bad behavior behind him.

He's in a serious predicament, and it's easy to wonder if he can bounce back from this sort of scandal.

But if history is any indicator, it's very possible.

After all, Michael Phelps has his own clouded past. He made headlines in 2009, after a photo of him using a bong went public. Soon after that, Kellogg's decided not to extend his contract.

In 2014, Phelps was arrested for his second DUI. His words sound very similar to Lochte's: "I'm happy to be moving forward, and I'll continue to grow from this and continue on my path to recovery."

SEE MORE: Ethiopian Marathoner May Have Put His Life In Danger With This Gesture

So can an athlete bounce back? Obviously, yes. Phelps is a widely celebrated Olympic swimmer who has amassed an incredible 28 medals — 23 of them are gold. He has lucrative sponsorship deals with Under Armour and the the watchmaker Omega. His net worth is estimated at $55 Million.

So will Lochte bounce back? If what happens to Phelps holds true for him, the answer could certainly be a Lochte-style "JEAH."