How Much Can Wearable Tech Influence Your Health? 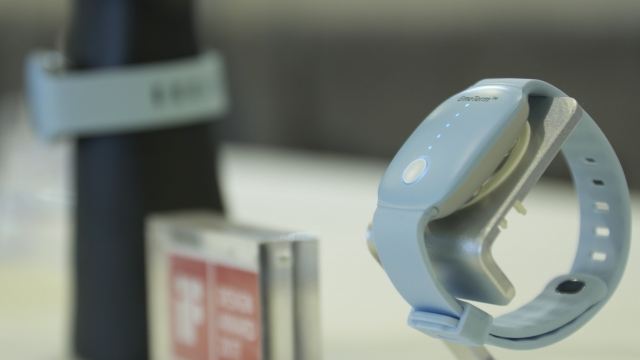 Wearable health technology is as popular as ever, but it's not always clear if it's effective or secure.

CES is the place to see the very latest in wearable technologies. Advanced sensors, smart fabrics, cloud computing, flexible membranes and more are taking wearables far beyond smart watches. But they have their growing pains, too. Whether they're effective, safe or secure enough are still often open questions.

"Well, with wearable technology, we're seeing a lot of innovation in the different types of sensing technology. We see with the Apple Watch, they're able to measure very sophisticated heart rate and variability and other types of metrics. Miniaturization of the sensor technology has really enabled this field to blossom,"Devon Greco, CEO of Narbis, told Newsy.

Narbis says the glasses it brought to CES use neurofeedback and a NASA-developed algorithm to train the brain to improve focus. CEO Devon Greco says a couple of years ago, this technology would have only been available in a clinician’s office.

Other wearables take advantage of brain-computer interfaces, or BCIs. Their computers acquire brain signals, analyze them, and translate them into commands for an output device to carry out a desired action.

Take Brain Up, for example. Researchers from Stanford, MIT and, Harvard used a BCI for this wearable sleep-aid product.

"We did clinical trials. We liked the data very much. It's seven out of 10 people who could get to sleep in 20 minutes. So that's a good sign for a brain-computer interface to solve people's problems," Sarah Wang, NaoluBrainUp's CEO told Newsy.

But it's still often hard to tell how effective wearables are, because clinical research that involves them can be complex.

For example, a 2016 study looked at nearly 500 adults over two years. Researchers put them all on a low-calorie diet, gave them group counseling and advised them to be more active. Six months into the test, half of the subjects got wearable tech devices that monitored their activity and gave online feedback. At the end of the test, subjects with wearables had actually lost less weight than those without.

"The problem that happens is that even though people have access to more and more information, changing behavior is a monumental challenge. And most of the research suggests that in order for individuals to make the best use of all those data is to be working with someone who is competent in behavior-change science," Cedric Bryant, President of the American Council on Exercise, told Newsy.

Another critique: how freely these wearables are being endorsed. A 2018 study of dozens of wearables that provided biofeedback on stress and sleep data found among the devices reviewed more than half have not been validated through independent research.

This Year, Health And Wellness At CES Includes Sex Tech

In 2019, CES rescinded and then later reinstated a sex tech exhibitor's innovator award. For the first time in 2020, CES is recognizing sex health.

And there were dozens of wearables exhibitors at CES this year. As the health tech sector continues to grow, privacy is becoming more of an issue.