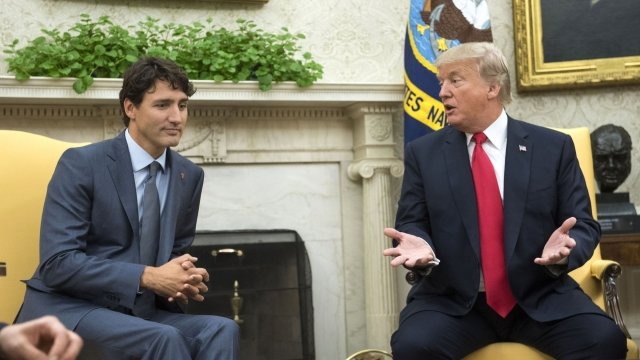 Canada is imposing tariffs of its own in response to the Trump administration's steel and aluminum tariffs.

Canada announced retaliatory measures after the Trump administration announced tariffs would be imposed on steel and aluminum imports from Canada, the European Union and Mexico.

Canada proposed dollar-for-dollar tariffs on the U.S. adding up to $16.6 billion Canadian. Canada says the measures will take effect July 1 and remain in place until the U.S. backs down.

Trudeau says Canada "accounts for half of U.S. steel exports."

Trudeau made one thing clear, though: "Americans remain our partners, friends and allies."