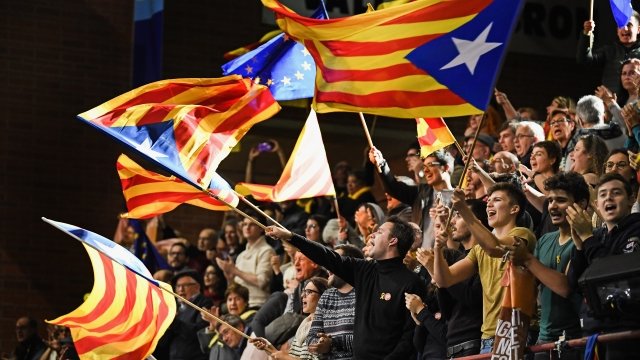 As the vote count nears its end, independence parties appear to control over half the seats in parliament.

Catalonia's pro-independence parties look like they'll hold on to power in the region's snap elections Thursday.

That's despite the fact that, as of Thursday afternoon, the pro-Spanish union party had taken the most seats in parliament of any one party.

The three major pro-independence parties will together hold over half the seats in the regional parliament, essentially allowing them — and the movement — to stay in power.

The snap elections were called back in October by the Spanish government after the Catalan regional government declared independence from Spain.