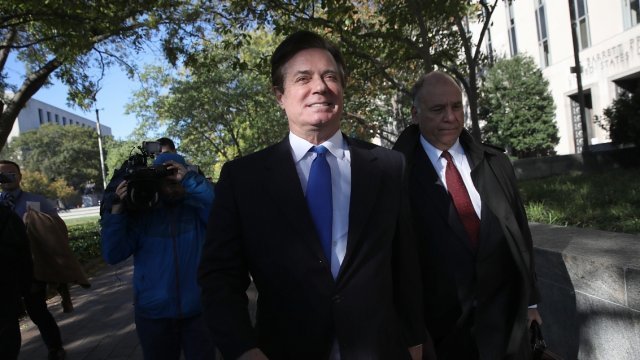 The 12-count indictment against Manafort and his business partner Rick Gates focuses on their work for the pro-Russian Party of Regions in Ukraine.

The indictment brought by Robert Mueller's investigation shows Manafort and Gates used several shell companies to hide money they received for their work.

They're accused of funneling millions of dollars into accounts in foreign countries. In total, more than $75 million flowed through these accounts. Manafort, according to the indictment, laundered $18 million used to finance his multiple properties and lavish lifestyle in the U.S.

According to the indictment, Manafort and Gates hired D.C. lobbying firms to work on behalf of their pro-Russian clients in an attempt to hide their work. By U.S. law, if you lobby for foreign interests, you're required to register as a foreign agent.

These are the first charges in a wide-ranging investigation that looks into Trump's finances, possible collusion with Russia's government to get him elected, and whether he obstructed justice by firing former FBI Director James Comey.