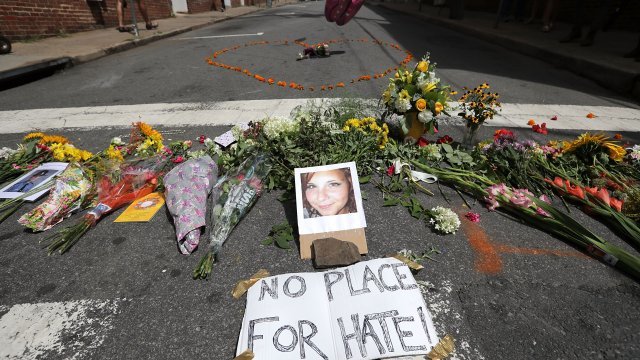 The city's council agreed to cover Confederate statues in black fabric as a sign of mourning.

In a unanimous vote early Tuesday morning, the council decided to cover statues of Confederate Gens. Robert E. Lee and Stonewall Jackson in black fabric as a sign of mourning.

The council also agreed to have a third party conduct a review of the way the city responded to the rally.

Residents blamed the city police for responding slowly to violence during the Unite the Right protest. The board was accused of not holding police accountable.

The decisions came after an approximately six-hour meeting that included over four hours of personal testimony.

Trump said Wednesday, "Rather than putting pressure on the businesspeople of the Manufacturing Council & Strategy & Policy Forum, I am ending both."

Three people were forcibly removed during the meeting; two people held up a sign that read: "Blood on your hands"; and at one point, all but one board member left the room. Many residents also demanded the mayor's resignation.

By the end of the meeting, the council also agreed to begin the process to remove the statue of Jackson. The so-called alt-right rally was in response to an earlier decision to remove Lee's statue.