China's Exports Fell In December, But Trade Surplus With US Is Growing 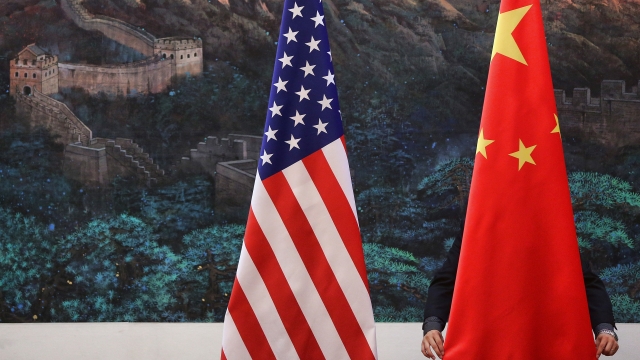 The Chinese government announced that exports were down more than 4 percent last month, but its 2018 trade surplus with the U.S. was $323 billion.

China just announced a pretty big trade surplus with the U.S., despite seeing a decline in exports for December.

The country's exports were down more than 4 percent last month, and several outlets report that it was China's worst month in two years.

But Chinese officials say the country's 2018 trade surplus with the U.S. was $323 billion, which, according to Reuters, is the highest it's been in more than a decade.

The new numbers come just after the latest round of trade talks between American and Chinese officials appear to have wrapped up last week on a positive note.

The two countries have implemented tariffs on hundreds of billions of dollars of each other's goods in the past year, but they've agreed to a short-term trade truce.

Economists say the latest data doesn't just highlight effects of the tariffs, but it also points to signs of economic stress.

After a lot of growth, experts say China's facing an economic slowdown, with 2018 projected to have its slowest growth on record since 1990.