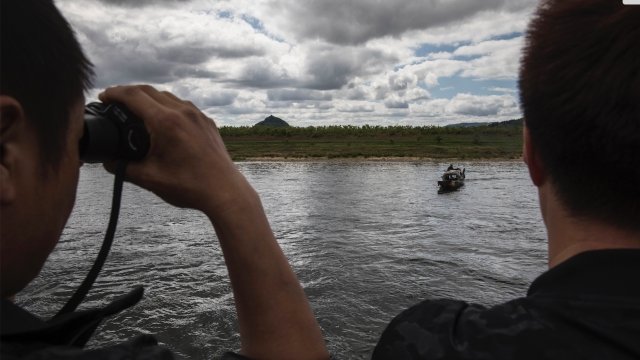 The New York Times reports China might expect refugees to rush across the river separating the countries.

China reportedly has plans for refugee camps along its border with North Korea.

The New York Times got wind of a leaked internal document that said several areas have already been designated for those camps.

Tension and instability in the region has been high for months, and The Times notes China might be expecting refugees to surge across the river that separates the countries.

North Korea has provoked the international community with a series of ballistic missile and nuclear tests. Most recently, the North test-fired a missile it claims is capable of "striking the whole" U.S. mainland.

Experts warn an oil embargo could have a dire impact on the country's 25 million people.

China doesn't consider North Korean defectors "refugees." Instead, it labels them "illegal economic migrants" and routinely sends them back. It's unclear what the leaked camp plans could mean for future protocol.

A spokesman for China's foreign ministry said he hadn't seen plans for the camps but also didn't deny their existence.