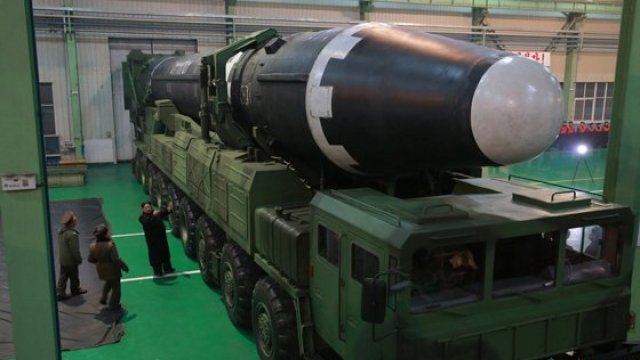 Experts say the photos and video of the Hwasong-15 show a significant advance in Pyongyang's weapons technology.

Pictures of the Hwasong-15 started circulating the internet Wednesday. And experts say the photos and video show a significant advance in Pyongyang's weapons technology.

One researcher told CNN, "They wanted [to be able] to hit all of the U.S., and they wanted something big to hit it with. This seems on the surface level to be that missile."

A 2.5-mile-wide strip of land is all that's keeping two heavily armed countries from facing off.

The North said its latest missile was tipped with a "super-large" warhead and is capable of "striking the whole" U.S. mainland. It was the country's first launch since September.

The United Nations Security Council held an emergency meeting after the launch. During the meeting, U.S. Ambassador to the U.N. Nikki Haley warned Pyongyang's latest launch "brings the world closer to war, not further from it."