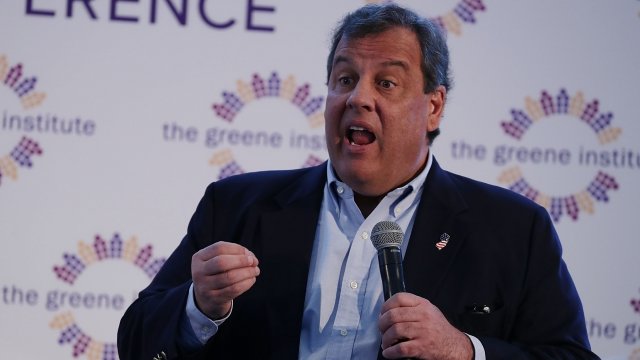 After a brief but eventful few days, New Jersey has ended its government shutdown.

Gov. Chris Christie approved a budget deal early Tuesday after lawmakers missed the July 1 deadline for passing a spending bill. State law requires the state to shut down if there's no budget.

Governors are always under scrutiny if their state shuts down, but Christie didn't do himself any favors with the media.

During the shutdown, Christie went to the governor's mansion for a planned family holiday. When asked if he got any sun, Christie said he didn't. But he was photographed sitting on one of the beaches that was closed to everyone else.

Chris Christie Has Declared A Government Shutdown In New Jersey

The state Legislature couldn't agree on a budget before Friday's midnight deadline.

Christie said he doesn't regret going on the already planned vacation. He also claimed he wasn't responsible for the shutdown because Assembly Speaker Vincent Prieto and the rest of the state Assembly didn't send him a spending bill to sign.

"I simply wasn't going to cancel that because Vinny Prieto couldn't get 41 votes for a budget," Christie said.

All of New Jersey's parks, including beaches, reopened for the Fourth of July. Government offices will open on July 5.