How The Doomsday Clock Measures The Risks Of Climate Change 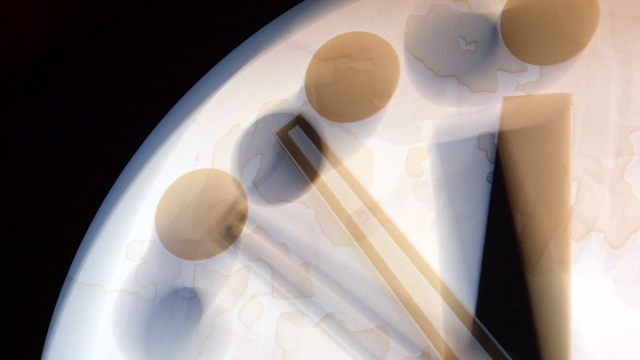 For more than a decade, scientists have considered the threats from climate change when they set the symbolic Doomsday Clock.

Since 1947, the Bulletin of the Atomic Scientists has managed the Doomsday Clock: a symbol for how close "dangerous technologies of our own making" have pushed society to a point of no return. In the '40s, this point was a nuclear war. But since 2007, the Doomsday Clock has also measured the risks of catastrophic climate change.

Every update since then has accounted for climate risks, and they have also often measured how societies respond to those threats. Sivan Kartha, a climate expert on the Bulletin's Science and Security Board, told Newsy the Doomsday Clock considers the risks of melting ice or CO2 levels not just because of the damage they can do, "but because of how we are managing — or failing to manage — them."

So while greenhouse gas emissions over the years have helped push the clock closer to doomsday, signing the Paris agreement in 2016 bought us more time — at least symbolically. And when the U.S. announced plans to step back from the deal the next year, the clock ticked closer to midnight again.

Now, the Doomsday Clock sits at 100 seconds to midnight — the closest it's ever been. That's not a cheery message, but as always, experts hope the warning will help lead to new climate action.

2019 Wrap-Up: A Growing Awareness Of A Worsening Climate

A look back at the measurement, management and often slow progress of climate change awareness in 2019.

Kartha says "at this point, the most important societal responses are political and social." The global youth movement, campaign finance reform and a renewed trust in science and experts in policymaking could all go a long way toward eventually turning the clock back.