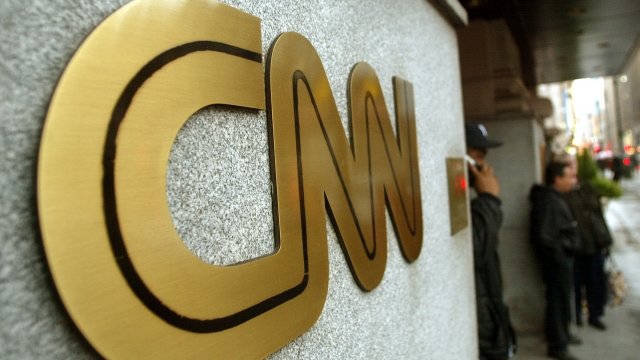 CNN was accused of threatening a Reddit user when it said it reserved the right to publish his personal information.

By tweeting out an altered video, President Donald Trump set off an odd chain of events that led to CNN being accused of threatening the video's maker.

It started July 2, when Trump tweeted a video of his pro-wrestling appearance, which was altered to suggest Trump was beating up CNN. That video likely originated from a now-deleted Reddit account.

Trump, who's never been shy about his beef with the media, somehow saw it and shared it on his Twitter. It quickly drew backlash from CNN, which said the president should spend more time working and less time posting.

After the video went viral, internet sleuths found its creator as well as some of his older posts, which included anti-Semitic and racist language. The creator apologized for his behavior in a now deleted post.

CNN's investigative KFile team was one of the outlets that tracked down the creator of the video, writing a story about how it found his name and personal info. But that story sparked its own controversy.

CNN said it wouldn't publish that person's name because they apologized for their online behavior, but that it "reserves the right to publish his identity should any of that change."

Some saw that line as CNN threating to expose the user's personal information unless he stuck to his apology. Even Sen. Ted Cruz weighed in, saying CNN could face charges for extortion.

Trump supporters on Twitter started the hashtag #CNNBlackmail and accused the outlet of trying to stifle free speech.

CNN later clarified its statement, saying it was just trying to show that it had not made any agreement to withhold the user's real name.

CNN reporter Andrew Kaczynski said he spoke to the Reddit user on the phone, and that the user told him he didn't have a problem with CNN's statement.

A CNN executive told BuzzFeed: “All we intended to make clear is that there was no agreement about revealing or not revealing his identity.” Another CNN source said: “Someone did it as a safeguard and it backfired.”