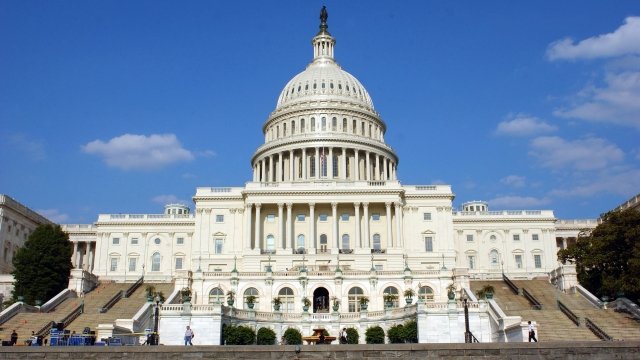 AT&T, Wells Fargo and other companies are announcing pay raises and holiday bonuses.

A handful of companies announced plans to give more money to employees following the passage of Republicans' tax overhaul bill.

AT&T said in a press release it would invest $1 billion in the U.S. next year. The telecommunications company said it would also give more than 200,000 employees a special $1,000 bonus, assuming President Donald Trump signs the bill into law before Christmas.

Boeing tweeted it would give $300 million for "employee-related and charitable investment as a result" of the tax bill.

Wells Fargo said it would boost its lowest wage to $15 an hour. A large Cincinnati-based bank, Fifth Third, said the tax cut would allow it to raise nearly 3,000 workers' pay to $15 an hour. The bank would also give more than 13,500 employees a $1,000 bonus if Trump signs the bill by Christmas.

Even though the White House has promised tax cuts by Christmas, that may not happen.

If Trump waits until January to sign the bill into law, it would give Congress a year to waive automatic spending cuts to Medicare and other programs; if he signs the bill this year, Congress would have to vote to waive those cuts before the end of the year.