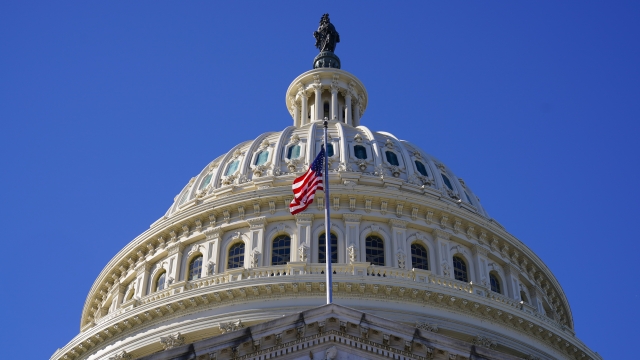 Major bills don't usually pass in Congress during a lame-duck session, however, the reality is, there's plenty of unfinished business.

The period after an election and before the new Congress takes over is known as a "lame-duck" period.

It is a time where departing members of Congress can clean out their offices or look for new jobs.

Major bills don't usually pass. However, the reality is the current Congress has plenty of unfinished business.

That's because a divided government is expected over the next two years.

Democrats will try and get as many things in a spending bill as possible knowing that it will be harder to pass them next year.

Others want a version of the expanded child tax credit reinstated while some are pushing for another round of substantial funding for Ukraine.

A bill requiring states to recognize marriages that were legal where they were performed has already passed the House and a vote is expected in the Senate.

Ten Republicans would have to join 50 Democrats in the Senate to pass it.

Supporters believe this is needed because they fear a conservative-leaning Supreme Court could soon revisit the issue.

Democrats Hold On To Senate, Balance Of Power In House Still At Stake

The fate of the House is still uncertain as the GOP struggles to pull together a slim majority there.

Ahead of the 2024 election, some on Capitol Hill are looking to reform the process.

For months, Republicans and Democrats have been meeting to try and create reforms so the certification process is clearer.

One proposal — known as the Electoral Count Reform Act — would clarify that the vice president's job on that day is mostly a ceremonial role.

The proposal also makes it harder for states or members of Congress to object to the results.

If you live in a military town, the annual defense bill is a big deal. It impacts raises for troops and infrastructure at bases.

A vote is anticipated.

Congress is also expected to vote on a massive hurricane relief bill for Florida.

Many communities will be rebuilding for years after Hurricane Ian.