Congress Returns From Break To A Daunting To-Do List 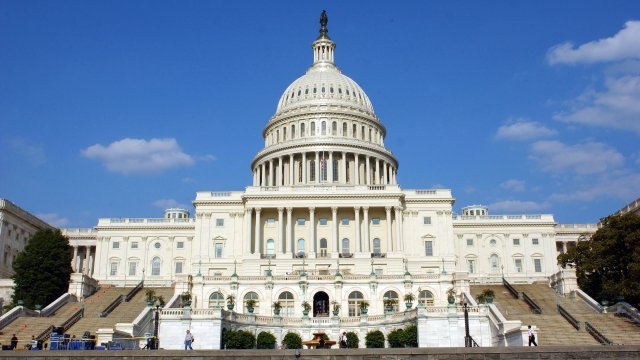 Congress is back in session this week after a 10-day recess. And lawmakers are facing a pretty harrowing agenda.

Congress is back in session this week after a 10-day recess, and lawmakers are facing a pretty harrowing to-do list.

One of the top priorities on their agenda is health care.

Last month, Senate Majority Leader Mitch McConnell postponed a vote on the GOP's plan to repeal and replace Obamacare until after the July 4 recess.

That's because the bill lacked full support from several Republican senators. McConnell can only afford two "no" votes from his cohorts.

Protesters gathered Wednesday outside the Capitol to voice their opposition to the GOP health care bill.

And some doubt that's going to change before the next recess in August.

"My view is it's probably going to be dead," Sen. John McCain said on "Face the Nation."

But President Donald Trump made his expectations clear early Monday. He tweeted that he "cannot imagine that Congress would dare to leave Washington without a beautiful new HealthCare bill fully approved and ready to go."

Along with health care bill woes, congressional lawmakers also face talks on the budget and tax reform, a hearing for Trump's nominee for FBI director, and what to do about Russian sanctions.