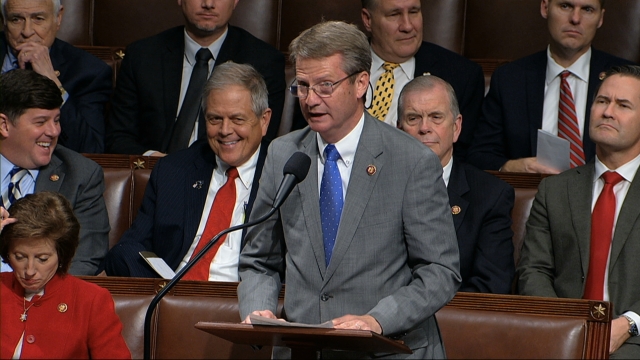 New member of the U.S. Committee on Oversight and Accountability Rep. Tim Burchett wants to crack down on recent classified document chaos by creating legislation for a tracking system for the protected files.

Most recently, former Vice President Mike Pence was found to have documents with classified markings in his Indiana home. Before him, both President Joe Biden and former President Donald Trump also came under fire for housing classified files on personal property.

"This is what I'm going to work on, is trying to get a system in place for classified documents where we know where they are, there's a tracer, there's a documentation of where they are, and there are levels of classified documents, just like anything else," Burchett told Scripps News. "And with some of those documents, I feel like there should be a personal handler that should be there, when whoever the president, vice president, whoever is looking at them."

Pence joins the growing list — which includes Trump and Biden — to have had confidential documents recovered at their private residences.

Burchett explained from his own experience as a former mayor, he did understand how classified documents can get mistakenly packed up and stored without anyone noticing.

"I dare say I didn't take any Knox County secrets when I left the county mayor's office, but I can tell you, I don't know what's in those 30 or 40 boxes that I have in my warehouse, in my barn, so, I don't know everything that's in them," said Burchett.

"I wouldn't have any idea if something got out that wasn't supposed to be in there, or whatever. And I could just — you multiply that by being in the White House, or in one of those positions, I would say that’s just, in this day and age, that should not happen," he continued.

As far as his plans for legislation, Burchett said the timing has to be just right, adding that he wants partisan anger to pass first. He also said he is confident he will gain Democratic support.