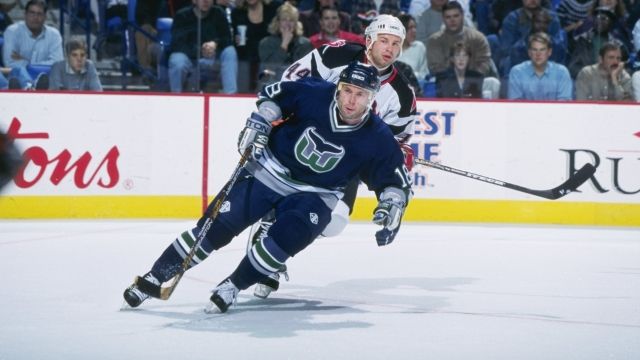 The New York Islanders are looking for a new home, and the governor of Connecticut is putting his state's capital city on the table.

Connecticut is more than 200 years old, has over 3.5 million people and has zero major pro sports teams. But that might change.

It starts with the NHL's New York Islanders. They left their home in Nassau County, New York, for Brooklyn in 2015, and things haven't been great for the team since.

Attendance is down, the sightlines at the Barclays Center are upsetting fans, and the owners of the arena look like they're about to opt out of the deal with the team.

This leaves the Islanders out in the cold, so to speak. Their old arena is smaller now, so it'd be difficult to go back to Nassau County, and building a new stadium in New York would be tricky.

So Connecticut Gov. Dan Malloy figured now would be a good time to throw his hat in the ring. He and the mayor of Hartford sent a letter to Islanders execs pitching their capital city as the team's new home.

Here's Why The NHL Might Sit Out The Next Winter Olympics

Existing problems and a new funding issue are why the league is hesitant to let its players go to the 2018 games in Pyeongchang‎, South Korea.

The letter mentions a few decent selling points — mainly, this has happened before.

Another team, the Hartford Whalers, played in the NHL from 1979 to 1997, and their fans are just as passionate as ever about a team that no longer exists.

Malloy also alluded to the size of Hartford's media market. Right now there are 13 smaller markets in the states that host major pro sports teams.

The governor's letter also leaves out some road blocks for a Whalers Renaissance in Connecticut. Hartford's aging sports arena isn't quite up to NHL standards.

Connecticut is also sandwiched between two sports-crazed markets, New York and Boston. Both of those cities already have NHL teams.

So, getting the Whalers back in Hartford is a long shot. For now, Connecticut sports fans still have their WNBA franchise.