The NFL's Suspension Of Ezekiel Elliott Gets Blocked In Court 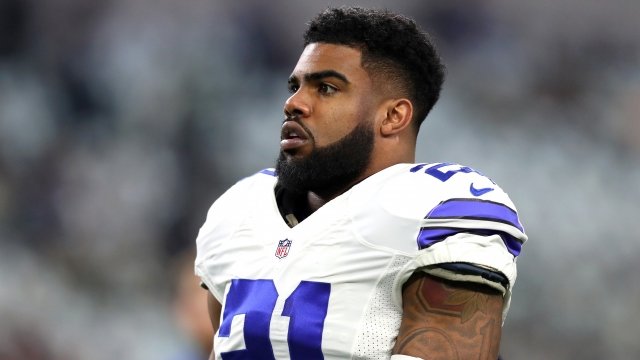 A judge issued a temporary injunction that blocks the NFL's suspension of Ezekiel Elliott. He said the NFL's arbitration process was unfair.

A judge in Texas granted Dallas Cowboys running back Ezekiel Elliott a restraining order, effectively blocking the NFL's attempt to suspend him.

There's been an ongoing court battle after the NFL ruled Elliott would have to sit out six games after it investigated domestic violence allegations against him. Elliott appealed, but the NFL-appointed arbitrator upheld the suspension.

Elliott maintained his innocence and said the NFL was conspiring to keep him out. He pointed to the fact that the NFL disregarded its lead investigator when she said Elliott's accuser lacked credibility.

The court sided with Elliott, calling his arbitration hearing for the suspension "fundamentally unfair."

The NFL could appeal the ruling, but there's no guarantee that process would be finished before the end of the season. Elliott will be eligible to play as the situation is being resolved.