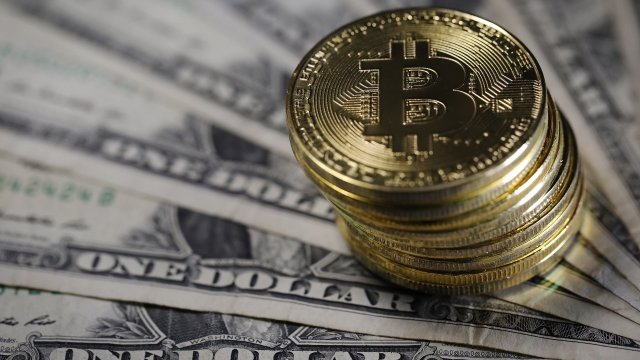 When bitcoin topped $1,000 on its first day of trading in 2017, people questioned if it would be a fad or if the cryptocurrency was here to stay.

For years, economists were split on whether bitcoin would be a currency of the future or just another internet fad. The cryptocurrency wasn't an overnight success, but by the end of 2017, it proved it had real staying power.

Bitcoin's banner year started the first day of 2017, when its value passed $1,000 for the first time since 2014. Experts said this was a good sign the currency would exceed its all-time high of about $1,200 by the end of the year. But bitcoin broke that record in February — and from there, its value kept rising — until it hit its current all-time high of nearly $20,000.

Bitcoin's wild ascension was partially driven by governments and large economic institutions recognizing the currency. When Japan said in April bitcoin was a legal form of payment, the currency's market value increased a billion dollars in a day.

But other factors have influenced the currency's value. When bitcoin's prices made headlines, people bought it as an investment for the future instead of spending it. That speculation led not only to massive gains but also to huge price swings. For example, in early December, bitcoin's value nearly doubled from about $10,000 to $20,000. But after the surge, the value plunged, hitting $11,000 at one point.

And it doesn't look like bitcoin will be any less volatile in 2018. Some economists think its value could go as high as $60,000, while others say it'll lose its spot as the world's most popular cryptocurrency.