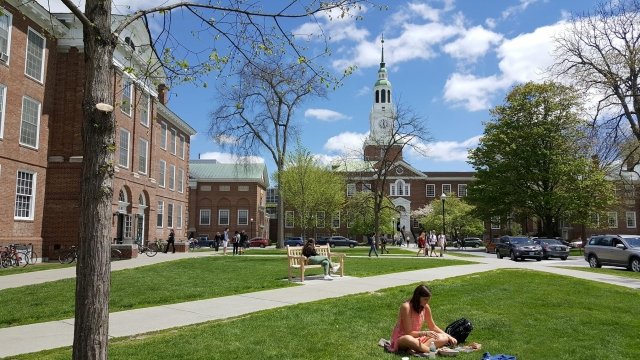 Incidents of alleged sexual misconduct are oftentimes said to be "open secrets" on college campuses.

The accused faculty members are on paid leave with restricted access to the campus. The investigation is ongoing, but the issue of alleged sexual misconduct at the hands of college faculty goes beyond Dartmouth's case.

Reluctant administrations, lack of transparency and most notably tenure protections can all help shield faculty members from facing discipline due to allegations of sexual misconduct.

Even if evidence is found to support allegations, many accused faculty members remain on paid leave. Some are even able to resume teaching.

Earlier this year, in response to allegations of a University of Rochester professor's sexual misconduct, 1,100 professors and academics from around the world wrote in an open letter: "Both students and colleagues are telling many of us that they have come to expect sexual harassment to be a 'normal' and unavoidable part of academic life."