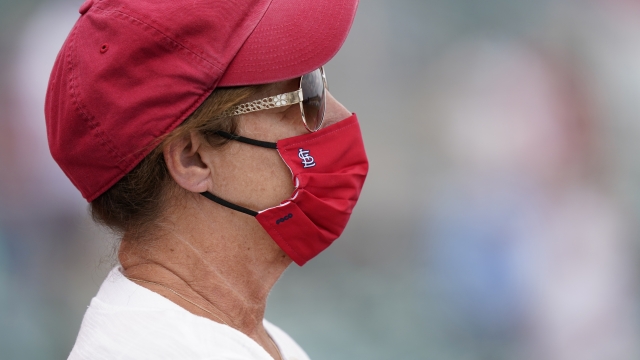 There has been pushback from several elected officials with some attempting to reverse the mandate amid an increase in COVID-19 cases statewide.

The St. Louis area became one of the first in the country to reintroduce mask mandates.

Despite pushback from some elected officials, face coverings became mandatory Monday in indoor public places and on public transportation in St. Louis city and St. Louis County for everyone age 5 or older — even for those who are vaccinated.

The decision comes as both of Missouri's urban areas see a big uptick in coronavirus hospitalizations that began in rural areas of the state, especially in southwestern Missouri.

Missouri Attorney General Eric Schmitt has filed a lawsuit to stop the mandate.

"We simply have contagion rates that are unacceptably high and unless we do something to put a barrier between the infected and the uninfected, we're going to see that rate escalate further," Dr. Clay Dunagan of the St. Louis Pandemic Task Force said.

"Masks have become a symbol of a political divide in our country, but they're not a bridge too far as some might say," said County Executive Sam Page. "They put the virus in the slow lane and give us time to get more people vaccinated."

St. Louis County Councilman Tim Fitch opposes the mask mandate and may ask that it be rescinded. While urging people to get vaccinated, Fitch says Page can't legally impose a mask mandate by himself without seeking the county council's approval.