Delta To Avoid Furloughs For Most Employees 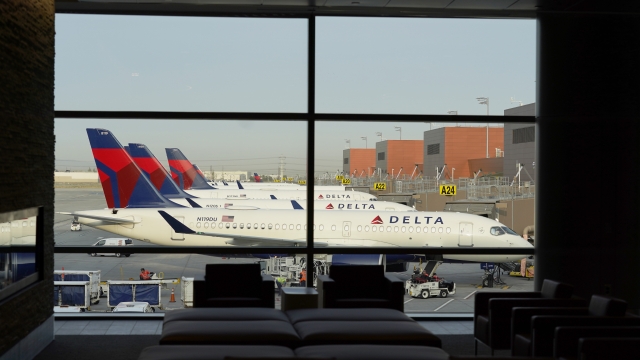 The company has kept workers employed after taking $25 billion in government stimulus money, but that runs out at the end of September.

Delta Air Lines says it will spare most of its 75,000 employees from furloughs this year, thanks to workers who took early retirement or voluntary leaves of absence.

But Delta still plans to furlough more than 1,900 pilots starting as early as next month. The company has kept workers employed after taking $25 billion in government stimulus money, but that runs out at the end of September.

Southwest Airlines also said it was able to avoid job cuts thanks to buyout packages and early retirements. However, American Airlines and United Airlines said they could furlough up to 35,000 employees by the end of the year.