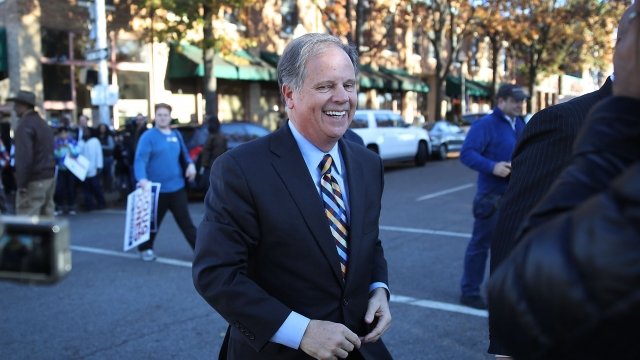 Jones made a name for himself after convicting two Klu Klux Klan members for their involvement in a 1963 church bombing.

He edged out former Judge Roy Moore, who was hit by multiple allegations he sexually assaulted minors. Moore was almost entirely absent from the campaign trail in the week leading up to Election Day.

A lawsuit says a lack of hard copies of ballots, combined with deleting the digital images, could make it easier to manipulate the results.

Jones' strategy relied heavily on courting Alabama's African-American voters. He had made a name for himself after convicting two Klu Klux Klan members for their involvement in a 1963 church bombing.

His election marks the first time a Democrat has won a bid for Senate or the governorship in Alabama in nearly 20 years.