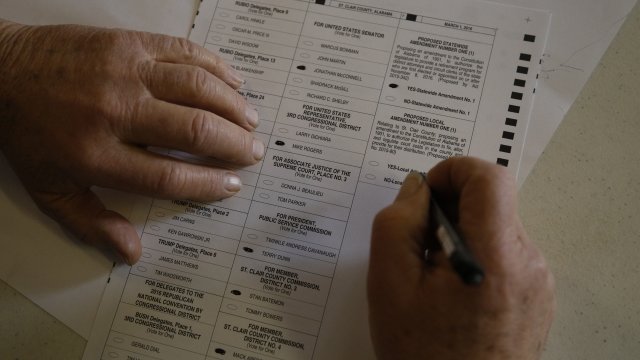 A lawsuit says a lack of hard copies of ballots, combined with deleting the digital images, could make it easier to manipulate the results.

Ahead of Alabama's Senate election Tuesday, a judge ordered all digital ballot images be saved.

In Alabama, voters fill out paper ballots, which are then digitized and counted. A group of four Alabama voters filed suit last week to preserve those digital images. Those images are usually destroyed after the election, according to the plaintiff's attorney.

That attorney told AL.com a lack of any hard copies of ballots, combined with deleting the digital images, could make it easier to manipulate the results.

The race pits Republican candidate Judge Roy Moore against Democrat Doug Jones. Alabama is a heavily Republican state, but this race could still be a close one thanks in part to allegations that Moore sexually assaulted minors.