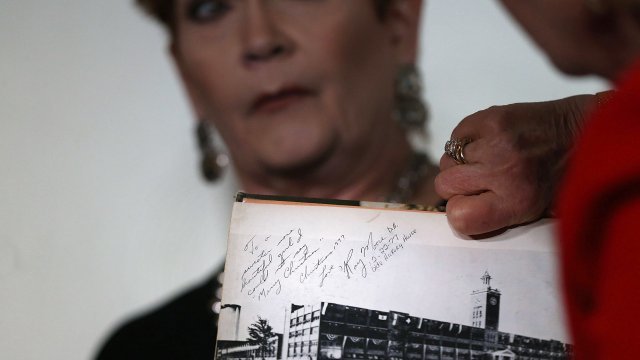 One of the women accusing Senate candidate Roy Moore of sexual assault says she altered a piece of evidence proving a connection between the two people.

Beverly Young Nelson claims Moore assaulted her when she was 16. She offered her yearbook with what appears to be Moore's signature inside as proof that he knew Nelson.

Nelson still says the signature is legitimate, but says she added in a notation with the date, location and his title afterward.

The annotation, which wasn't disclosed when Nelson came forward, could give ammunition to Moore's defenders looking to poke holes in her story. Moore's campaign maintains the allegations against him are fabricated political attacks.

Nelson's attorney Gloria Allred said during a press conference the yearbook signature's authenticity has been confirmed by an expert and called on Moore to testify under oath before a Senate panel. Moore's team has called for an independent analysis of the signature.