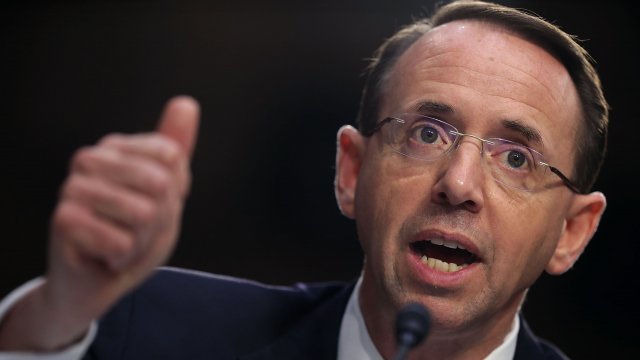 Rosenstein's comment is one of the first from the administration since it was reported President Donald Trump wanted to let Mueller go. Reports out January said Trump only reversed his plan to fire Mueller because White House counsel Donald McGahn threatened to quit if he didn't.

Mueller was investigating whether Trump obstructed justice as part of his Russia probe, when Trump began to argue Mueller had conflicts of interest that prevented him from being impartial in the investigation.

Mueller has since reportedly come close to completing his look into potential obstruction.