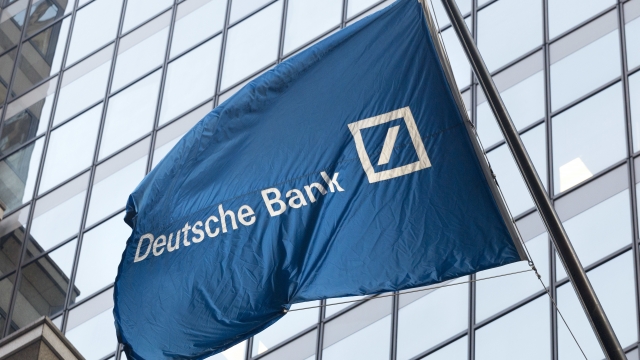 On Tuesday, Deutsche Bank was fined $150 million for not regulating Epstein's questionable transactions worth millions of dollars, despite him being a registered sex offender. Epstein was found dead in his New York jail cell in 2019 in what was ruled a suicide.

Epstein had been with the German bank since 2013 and, though labeled "high-risk" after joining, he was allowed to escape strict oversight.

New York officials say there were dozens of payments to law firms for what appears to be the legal expenses of Epstein and his co-conspirators and also for Russian models and girls school tuition.

The department found that over a four-year period, one of Epstein's personal attorneys withdrew up to $800,000 in cash to allegedly use for traveling and tipping purposes. The lawyer reportedly also asked Deutsche Bank how much money could be withdrawn without triggering an alert to the government.

The department says Deutsche failed to investigate or flag any of Epstein's transactions because of how much money the multimillionaire brought to the bank. Even after speculation surfaced of Epstein's criminal activity, Deutsche's bank manager wrote Epstein reference letters to other institutions and claimed he was "unaware of any problems relating to the operation or use of [the] accounts."

The bank's CEO, Christian Sewing, told CNBC, "It was a critical mistake...there is no question Mr. Epstein should’ve never been our client. I think we learned our lesson."