DOJ Approves $26B Merger Between Sprint And T-Mobile 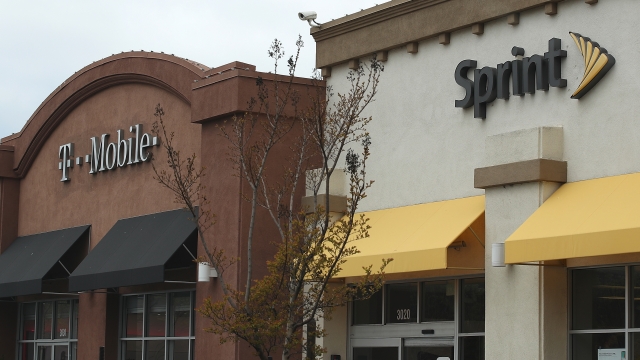 T-Mobile and Sprint are the third and fourth largest cell phone providers in the U.S., respectively.

The Justice Department has approved the more than $26 billion merger between Sprint and T-Mobile.

Assistant Attorney General Makan Delrahim announced the long-awaited decision during a press conference Friday. Delrahim is the head of the DOJ's Antitrust Division.

As part of the deal, the DOJ says the newly merged company has to divest Sprint's prepaid business to Dish Network. This would include Boost Mobile, Virgin Mobile and Sprint prepaid. It'll also have to provide Dish with hundreds of retail locations and at least 20,000 cell sites.

T-Mobile and Sprint are the third and fourth largest cell phone providers in the U.S., respectively. The two cell phone companies announced plans to merge in April 2018, saying that combining their forces would increase network coverage in rural areas.

But the pending merger has gotten a lot of pushback. Critics have argued the combined company would be too big and violate antitrust laws. Last month, a group of states even filed a lawsuit in an attempt to block the deal.

But with 5G on the horizon, federal regulators appear to be more open to the idea of Sprint and T-Mobile joining forces.

The merger can't be finalized until after the states' lawsuit is resolved. The trial is expected to begin in October.