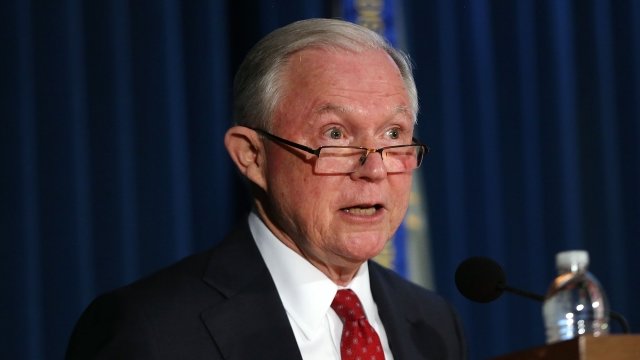 The U.S. Justice Department is warning more cities, counties and states it claims might have "sanctuary policies" protecting undocumented immigrants.

The U.S. Justice Department is warning the cities, counties and states it claims might be following "sanctuary policies."

It sent letters to 29 jurisdictions Wednesday, saying they have about three weeks to prove they're complying with Section 1373 of the U.S. Code.

The issue is immigration statuses, and Section 1373 makes it illegal to prevent public employees from sharing that info with federal authorities.

In those cases, the department threatened to take away grant money for local law enforcement if the cities didn't uphold Section 1373. Still, New York City and Philadelphia didn't respond to the DOJ.

The department hasn't yet threatened to pull federal funding for the 29 additional jurisdictions. But we should note, that tactic didn't work as planned last time. A federal judge blocked the DOJ from punishing Philadelphia.

The judge ruled Wednesday the Justice Department's attempt to pull $1.6 million from Philadelphia would risk "irreparable harm" — mainly because the city plans to use that money to deliver lifesaving treatments for opioid overdoses.

The 29 jurisdictions have until Dec. 8 to show they're compliant. But with the Philadelphia case in mind, it's uncertain what would happen to those cities if they don't do what the DOJ asks.