Google Sued By Department of Justice Over Search Engine 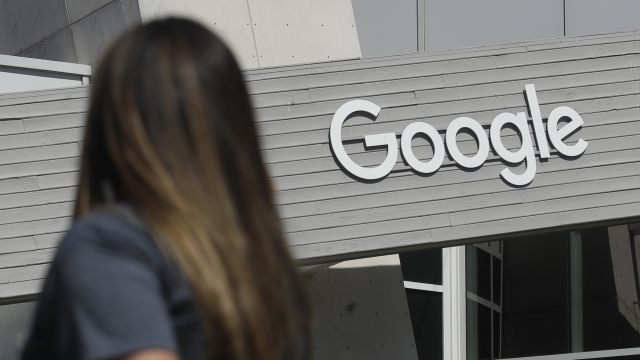 The investigation into Google alleges that its search engine stifled competition to capture 90% of the general search business.

Google certainly is the giant in the business. The lawsuit says it accounts for 90 percent of all general search-engine queries in the United States, and almost 95 percent of queries on mobile devices.

How did Google do it? DOJ argues the company is using an illegal network of exclusionary business deals to shut out its competitors. It also alleges that Google uses money it collects from search ads to pay phone manufacturers and carriers to make Google their preset, default search engine.

Texas Attorney General Ken Paxton is one of those joining the antitrust suit against Google.

Newsy spoke to him in September before he met with President Donald Trump and Attorney General Bill Barr about possible collaborative actions that could be taken against big tech and social media monopolies.

"It's about their advertising and whether they have a monopoly of advertising on the internet," Paxton said. "I'm hoping to discuss the social media companies and how we can potentially collaborate with the federal government, with the Department of Justice, with the administration and state attorney generals on trying to figure out the best way to deal with social media companies that are potentially misleading consumers about what they’re offering."

When asked for comment, Google pointed Newsy to a blog post from its chief legal officer, Kent Walker, who called the lawsuit “deeply flawed.” He said: "The Department's complaint relies on dubious antitrust arguments to criticize our efforts to make Google Search easily available to people.”

Google is no stranger to antitrust action. In 2013, the company settled with the Department of Justice to avoid legal action over its ad policies. The EU has also taken action against Google, fining the company about $1.7 billion over those same ad policies, and roughly $2.7 billion for manipulating shopping search results.